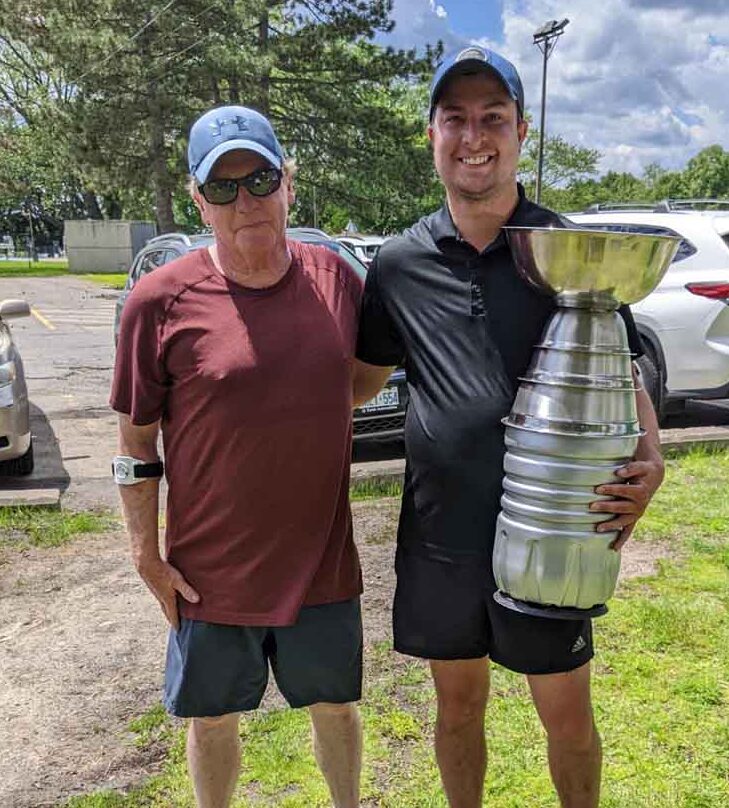 GBTC held its “Stanley Cup” one-day tournament on Saturday, June 11, 2022. Sixteen players suited up to play in 4 divisional round robins, with 8 players advancing to the playoff round and the other 8 moving to the doubles playoff. After 6 matches, Brendan Lafontaine was the winner, defeating Tom Fitzgerald in a final with excellent shot making and extended rallies that entertained an enthusiastic crowd!

It ended up being a terrific day for tennis with sunshine and a light breeze, a nice lunch provided by GTBC volunteers to cap off all the great on-court play!

Thanks to everyone for a great start to the tournament season! 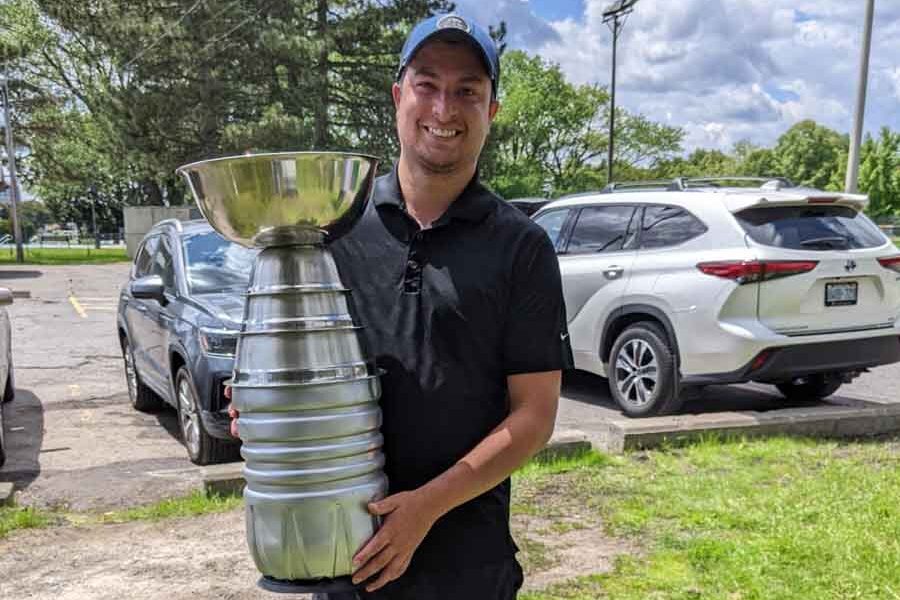 A well played match on a beautiful sunny Saturday afternoon, resulting in a well deserved win of 4-2 for Chris Taplin! 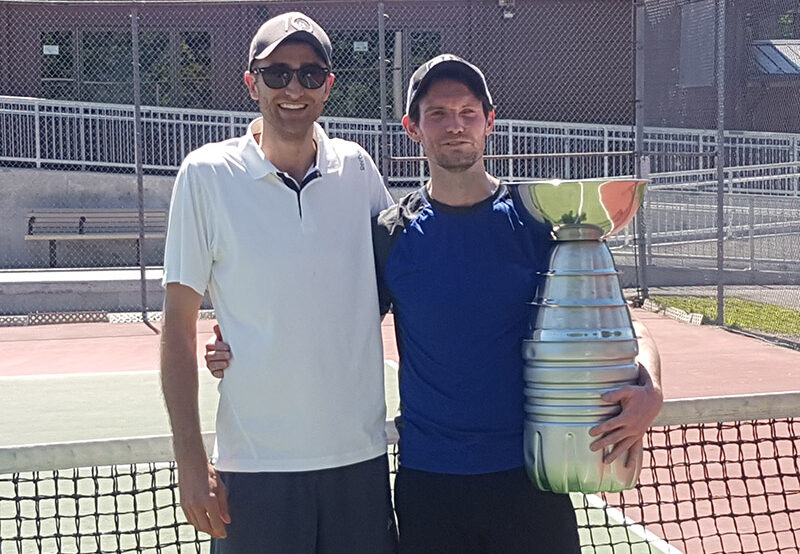 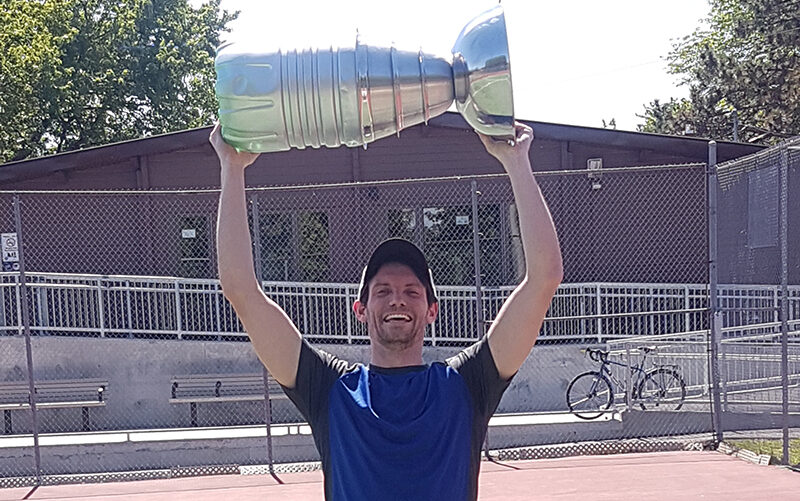 This past Saturday (June 6, 2015), under a cloudless sky and warm temps, GBTC hosted its third annual early season tournament, also known as the “Stanley Cup” of tennis. Thirteen players registered for this one day event to play in a mixed format tournament that included 5 rounds of round robin and elimination play.

There were appearances from GBTC mainstays such as Catherine Kizito, Peter Melvin, Jeff Sadrian, Stephen Coaker and Huy Vu as well as some relative new comers such as Tatiana Klokotzky, Kevin Wright, Rick Vidale, Rob Kyte and Derek Deccash. In the end, it was Tom Fitzgerald who prevailed over Rob Lalonde, 8-5 in a very well played match (pro set).

Congratulations to the finalists and thanks to everyone who registered for the day!

Past to present Stanley Cup winners

If you’re interested in a look back to all our past and present winners, you can do so with the below link.